Reviewer: deckeda - favoritefavoritefavoritefavorite - September 7, 2010
Subject: I took out the interview.
Click on the "check for other copies" link near the top (Date portion of metadata) for a FLAC copy of this recording I uploaded WITHOUT the DJ's interview and their banter. I included some notes about it there.

IMO the interview is OK for historical context and some insight into Zevon's feelings about some things. But it's at best a one-time listen, for reasons already mentioned. Particularly if all you want to hear is the music.

Far from being uncool, I think it was Zavon who was acting the tool, not the DJ, who comes brings the classic 1970s Cleveland accent and attitude. And der ya have it.
Reviewer: clevelander - favoritefavoritefavoritefavorite - May 11, 2006
Subject: Host is Matt The Cat NOT Denny Sanders
The misinformation about the host of this show is all over the 'net, as this program is widely available in many forms.

The host of the show was WMMS deejay Matt The Cat,
NOT Denny Sanders.

In defense of Matt, this was extremely early in Warren's career, and he was a virtual unknown at this time. Where was the record company guy with the prep?

Nevertheless, another great "Coffee Break Concert" from WMMS, Cleveland. The program ran on the station from the early 70s to the early 80s and featured an amazing number of noteable performers
in performance from the WMMS studios. Later the program moved to the Agora Ballroom and was done with an audience. It was always a completely live (not pre-recorded) show, featured a mix of interviews and performances and was broadcast every Wednesday at 11 AM (later 1 PM when it moved to the Agora).
Reviewer: uneasystreet - favoritefavoritefavoritefavorite - April 6, 2006
Subject: Good tunes
Good to hear some of the music, but the interview is pretty worthless and the interviewer gets annoying really fast. Every time I hear him say Zehvon I wanted to correct him. Mr. Zevon even says his own name twice and the guy still doesn't correct himself.

He's a bit uncomfortable playing some of the songs alone without accompanyment from Waddy Wachtel and others, but he manages admirably on the Piano.

The interviewer asks some pretty dumb questions and can't get much going with Warren, but Desperados and an early Excitable Boy make this worth a listen alone. Even if he's wasted, Warren is sharper than this guy. Thanks for the slice of history. 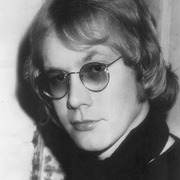